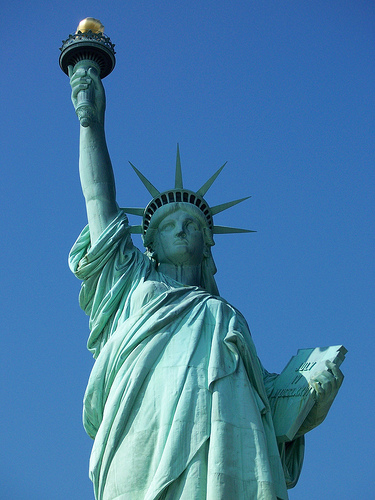 As a teenager, ME fled the civil war in El Salvador.  Having witnessed the massacre of many of his family members, he entered the United States in 1986 seeking a safe haven and an opportunity to live and work without living in constant fear for his life.   Twenty-two years later, he sat in an immigration detention cell in New Mexico, facing imminent deportation to the country he had fled so long ago.   Several weeks earlier he had been detained in the District of Columbia by agents from Immigration and Customs Enforcement (ICE).  Once in ICE custody, ME was coerced into signing a stipulated order of removal and waiver of hearing.  ME was told by the ICE agent that he was not eligible for any type of immigration relief and that if he refused to sign the stipulated order he would spend a long time in jail.

In fact, ME had both an asylum application and an application for relief under the Nicaraguan Adjustment and Central American Relief Act (NACARA) pending at the time of his arrest.  He also had a current work permit pursuant to the pending asylum application.  However, ME felt he had no choice but to sign the order.  He was not permitted to speak with an attorney before he signed and did not understand his rights.  By the time his frantic family was able to find an attorney for him, he had already been shipped from a jail in Virginia to an ICE detention facility in New Mexico in preparation for his return to El Salvador.  The attorney filed a successful motion to reopen based on the coerced stipulated order and the fact that ME was eligible for relief.   ME was soon returned to an ICE detention facility in Virginia.

Unfortunately, at that point, his family could no longer afford to pay a private attorney to handle ME's court case.  That's when they turned to CAIR Coalition for help.   CAIR Coalition placed the case with Michael Schon and Megan Berge of Baker Botts L.L.P.  Mr. Schon and Ms. Berge worked diligently with ME's family and friends to gather the evidence he needed to show the immigration court that despite ME's several minor run-ins with the law, he was still a person of good moral character deserving of legal permanent residence under NACARA.  At trial, five witnesses testified that ME was a kind, generous, hardworking person who had supported family members in their time of need and was an active volunteer at this church.  In his testimony, ME acknowledged that he had an alcohol problem that had lead to his criminal problems.  He testified that he was currently in a recovery program and additional evidence was presented confirming that he was doing well in the program.

The immigration court was impressed with all of the evidence that Schon and Berge had gathered on ME's behalf.   The court found ME to be a person of good moral character, noting that he had helped to feed the homeless at his church, had held steady employment since arriving in the United States and had paid his taxes.  The court also found that ME met the other eligibility requirements for NACARA and accordingly, on April 20, 2009 he was granted legal permanent residence.  After the period of time had passed for the government to appeal the case, he was finally released from jail.  In May, he went home to his family.  Thanks to the hardwork and dedication of Mr. Schon, Ms. Berge and the support of Baker Botts L.L.P., ME can now look forward to a secure future free from the fear of permanent separation from his loved ones, continuing to provide for his family and contributing to the community.