Unaccompanied in their Journey and in Court: The Need for Right to Counsel for Immigrant Children | CAIR COALITION Skip to main content

Unaccompanied in their Journey and in Court: The Need for Right to Counsel for Immigrant Children 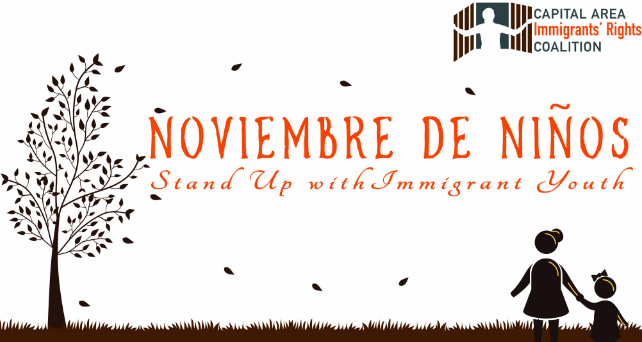 This past September, the Ninth Circuit handed a troubling decision for children facing the risk of deportation. The decision concerned a class action lawsuit originally named JEFM v. Lynch, which made the case for the right to appointed counsel for indigent unaccompanied children in removal proceedings.

The Ninth Circuit determined that a federal circuit court does not have jurisdiction to hear the children's claim. At the despair of countless immigrant children, the Ninth Circuit left an unlikely avenue for unrepresented children: to first exhaust administrative remedies while raising the issue of lack of counsel, before gaining the right to a day in federal court.

Every day, countless children who crossed the border alone are in removal proceedings without an attorney. Being in removal proceedings means that children of all ages have to defend themselves against a federal attorney arguing in favor of their deportation. In this adversarial setting, children simply can't do it alone--as the ACLU and a panoply of advocates from the nonprofit, government, and even presidential candidates have recognized.

At issue is the Fifth Amendment Due Process Clause: can children have a fair day in court if they appear without counsel?  As one judge on the Ninth Circuit panel noted in the concurring opinion, even adults are unlikely to have the tools to protect their rights when unrepresented. The obstacle that faces children is all the more insurmountable.

Most of the children subject to the lawsuit made their perilous journey alone from Mexico and Central America, where gang and gender-based violence have created an internationally recognized refugee crisis. These children seldom speak any English. Like many asylum seekers or trafficking victims, many voluntarily surrender to immigration authorities because they seek protection from the U.S.

These children (some as young as 3 years old) are automatically detained by immigration authorities, until they can reunify with a family member or sponsor. Once reunified, many continue to have little to no economic means to fight against their deportation.

Developmental challenges exacerbate their chances to navigate a complex system. As CAIR Coalition sees in representing children, many children struggle with comprehending the legal charges that they face and making informed decisions related to their deportation defense.

The urgent need for counsel for every child in immigration court

For most immigrants, attorneys act as a translating vessel before a hostile government that deports nearly half a million people a year, under laws that are second only to the tax code in their complexity.​ As three former immigration judges have recognized, children are “simply incapable” of representing themselves.

The Ninth Circuit showed limited understanding of this basic reality. A recent study shows that having an attorney makes it two to five times more likely for immigrants to successfully defend against deportation.

Long ago, the Supreme Court understood that the right to counsel in the criminal context is invaluable to the achievement of fairness for poor communities that are haled into court by an adverse government entity. JEFM brought hope to address a parallel problem for children in immigration court. Though the Ninth Circuit dismissed the suit, the fight for the right to counsel continues. Children cannot have a fair day in court without counsel by their side.