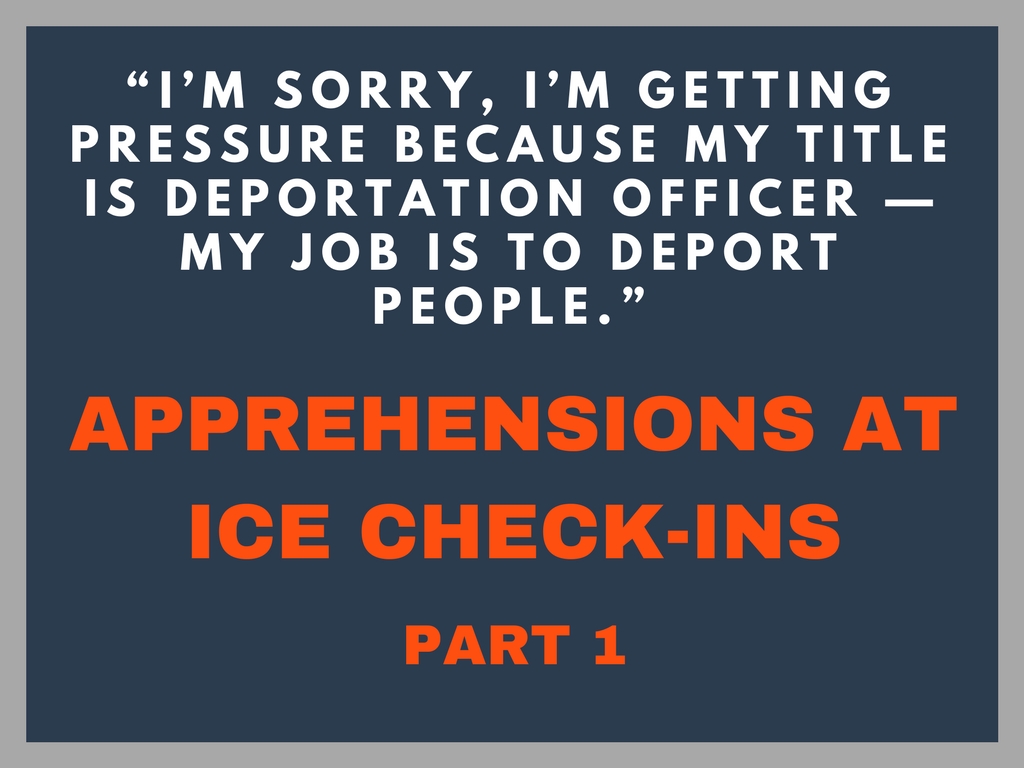 Increased ICE Raids. Building a Wall. Failed Travel Bans. And now…Broken Promises. The current administration has found a new way to make real its promise to increase deportations. As detailed in a superb article from the New York Times, ICE is now detaining long-time residents of the United States when they go to routine check-in meetings with ICE – check-ins that often have been ongoing for years.

These check-in meetings with ICE are typically part of an agreement that allows an immigrant to stay in the United States despite not having a clear-cut form of relief from deportation. ICE can exercise “prosecutorial discretion” to close the immigrant’s deportation case for humanitarian reasons.  In exchange, the immigrant agreed to routine check-ins with ICE and to stay out of trouble. Now, though, ICE is backing out of these agreements.

The story of Guadalupe García de Rayos, as reported in another New York Times article, is a perfect example:

For eight years, Guadalupe García de Rayos had checked in at the federal Immigration and Customs Enforcement office here, a requirement since she was caught using a fake Social Security number during a raid in 2008 at a water park where she worked

As one of the estimated 11 million unauthorized immigrants in the United States, Ms. Rayos was always a candidate for deportation, but as a matter of practicality, the Obama administration had focused its finite resources on removing the most serious criminals. The government even won a deportation order against Ms. Rayos in 2013, but had not carried it out, instead merely requiring her to check in periodically.

But in February 2017, her last check-in went much different than those in the past:

[I]mmigration agents arrested Ms. Rayos, 35. Despite efforts by her family and others who tried to block, legally and physically, her removal from the United States, she was deported Thursday to Nogales, Mexico, the same city where she crossed into the United States 21 years ago.

Mr. Rayos’ story is sadly going to be repeated often in the coming years. Help us fight for people like her by volunteering with us or donating to CAIR Coalition.

Click here for Part 2 of this story, where we explore how to address this problem with clients.