The Effects of SIRs for Children in Detention 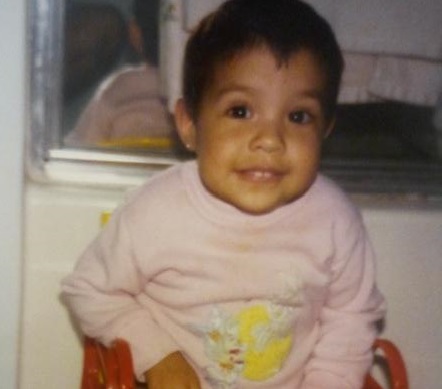 As a result of the rise in unaccompanied children coming into the United States in the 1980s and 1990s, there was litigation centered around detention conditions for children, resulting in the Flores Settlement Agreement in 1997. As one piece of that settlement, the United States government recognized the particular vulnerability of children and stated that they would place detained immigrant children in the least restrictive setting given their age and special needs. That, for many children, means that they are placed in what is called “shelter” level detention centers where children often times have more freedom to play outside, walk around the shelter as they please, and have outings in the community.

But some children are not as lucky. There are two additional levels of placements that a child can be held, staff-secure and secure facilities. The staff secure and secure detention centers can be highly restrictive, many times looking and feeling like jail. All the doors are locked at all times, the children are not allowed to have any personal possessions, and their movements are monitored.

Children can be in this type of environment for a variety of reasons that ORR deems as a security threat to themselves or others. One of those reasons is that a child has received one or more of what are called “Significant Incident Reports” (SIRs), reports that are made against children when there is an incident “affecting a child’s health, well-being and safety.”  And while the title seems to suggest all the SIR incidents are particularly grave like violent behavior or sexual assault, those SIRs could be for things that fall within the normal behavior of a growing teenager--like throwing a paper on the ground in frustration, expressing that they don’t want to go to school, or writing something on a wall. These incidences are labeled as defiant behavior or destruction of property.

A child can also receive an SIR for disclosing certain information like gang affiliation or previous history in home country to their clinician or case managers, individuals who the children often times believe will keep their information confidential even though case managers are obligated to report their conversations with the child per ORR policy.  If a child shares that they have had any involvement with a gang, case managers are required to include this in the child’s file which is accessible by immigration. As you may have read in my colleague’s, Azadeh Erfani’s, previous blog post, many children have come to this country from Central America fleeing gang violence because they were threatened or brutally beaten and forced to enter a gang that they did not want to be apart of. While they may have been forced to enter into a gang and are now fleeing that forced labor, they are still given an SIR and characterized as having gang ties. By sharing this part of their story to case managers, kids can be stepped up to jail like conditions in secure and staff secure facilities because they are then deemed as gang members or gang affiliated.   As a result, this information stays on the child’s record and can later affect the child’s case if they are applying for legal relief. Additionally, they may be put in the same secure detention centers with members of the gangs they were attempting to flee in home country.

Not only do these SIRs step children up to a secure level of detention, but they also prolong their stay in detention by weeks, months, or, in some cases, even years. It is ORR policy that when a child has been in secure and staff secure detention for 30 days, their cases are reviewed for step down to a less secure facility or reunification. But if a child receives one SIR within those 30 days this can be enough to start those 30 days over again, prolonging a traumatized child’s stay in a jail-like setting. This can severely limit or even prevent certain children from applying for legal relief that they are eligible for, since applying for certain types of relief, such as SIJS, is not possible while children are detained in most jurisdictions.

As a general policy, SIRs are meant to be a protection for children in ORR care. But children can remain in detention because of the system of SIRs and can limit certain children’s ability to apply for lawful status while detained. This is why CAIR Coalition is on the front lines to strategize the best ways to advocate for children to avoid prolonged detention while in maximum security centers.

Make a donation to support our work here.
Purchase a gift for a child in detention this holiday season here.