A Reflection on My First Detention Center Visit 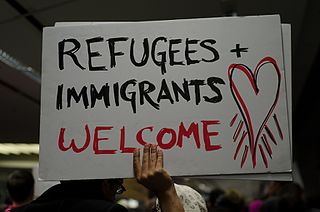 “And perhaps the only way to grant any justice—were that even possible—is by hearing and recording those stories over and over again so that they come back, always, to haunt and shame us. Because being aware of what is happening in our era and choosing to do nothing about it has become unacceptable. Because we cannot allow ourselves to go on normalizing horror and violence. Because we can all be held accountable if something happens under our noses and we don’t dare even look.” – Valeria Luiselli Recently, I had the opportunity to go on my first detention center visit to one of the many facilities we service in the National Capital Region. As Development and Operations Associate, most of my day-to-day work is done behind the scenes, ensuring the ship stays afloat while my amazing colleagues work tirelessly on the frontlines in pursuit of justice for detained immigrants. When the call for additional volunteers went out, my hand shot up without hesitation.

Although I had read countless articles* and listened to various podcasts on detention facilities in the United States, I still did not quite know what to expect. I waned between excitement and nervousness for the entire week leading up to my trip.

The morning of the visit, I double and triple checked that my I.D. was in my wallet before heading out to join the other staff members going to the facility with me. We went through the standard visitor security procedures and headed to the room where we would meet with detainees. As soon as we entered the room, my nerves kicked into full gear. What if my Spanish isn’t good enough? What if they don’t understand who I am or why I’m there? What if I do something wrong or don’t get enough information?

Admittedly (and now ashamedly), I had imagined the detainees as inmates in a prison - dressed uniformly, handcuffed, people to be cautious around due to the nature of the institution in which they were being held. My anxieties were quickly assuaged when the first block entered the room. Seated before me were 15 people no different than myself. 15 people with hopes, dreams, and aspirations beyond the walls surrounding them. 15 people who had lived through unfathomable hardships, yet still held a glint of hope and steadfast determination in their eyes. 15 people who were eager to absorb any information that could assist them in navigating an extremely broken and ultimately confusing immigration system.

My main duties that day were to deliver messages from our attorneys and legal assistants to detainees we had spoken to previously, or to conduct an intake with new detainees. A lot of the information I was giving was very difficult to relay. For example, first and foremost, I had to explain to detainees that I was not a lawyer and that I as much as I wanted to, I could not promise our organization would be able to help with their cases. Other information was more empowering. I was able tell one detainee that a pro bono team had chosen to defend their case and that the team would be in direct contact with them shortly.

More important than any legal information I was able to provide to the detainees that day was human connection. Although I cannot speak for detainees, I imagine their time in detention facilities is anything but pleasant - foreign, cold, isolating. To be able to sit with detainees one on one and uphold their dignity by listening attentively to everything they wanted to say about their respective cases was incredibly uplifting. Sharing stories of families and pets and friends where time permitted was healing.

While I was unable to give the detainees anything tangible on that day, I hope I was able to provide some peace of mind and solace in knowing there are people in the United States who care deeply about them. That no matter what our leaders say, there are many more of us who would welcome immigrants with open arms. That they are not alone.

As for myself? My visit to the detention center has left me feeling conflicted. Am I doing enough for these communities? Am I being the best advocate and strongest ally I can be? What more can I do?

I will fight like hell. And maybe dust up my Spanish.

* Tell Me How it Ends: An Essay in 40 Questions by Valeria Luiselli

If you are interested in volunteering with CAIR Coalition, please see here.