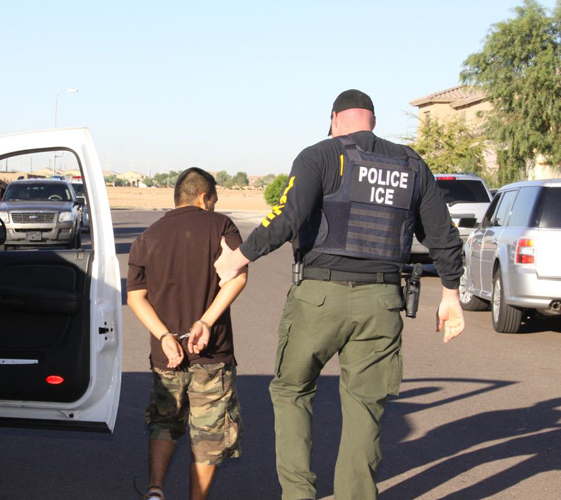 Unsubstantiated gang allegations can greatly impact the legal case of immigrants in deportation proceedings. Allegations of gang affiliation can increase the chance that a person will be detained. If detained, a person with gang allegations in their record will likely be denied bond altogether.  When an immigrants moves on to their final hearing, gang allegations are then a big hurdle to overcome to win their cases.

Allegations of gang affiliation can be based on an infinite number of factors, ranging from where one lives, to how one dresses, to how one presents oneself on social media. Many of the factors are related to Central American cultural norms, which results in racial profiling. Most of the time, the basis for a gang allegation would never support a criminal prosecution. Nevertheless, documentation of alleged gang affiliation is admissible in immigration court.
In most places, including the DMV area, persons alleged to be gang members are never informed of this label, given a chance to contest it, or even have a way to see their file.
A CAIR client, for example, learned that local police had labeled him a gang affiliate for the first time in immigration court. The label resulted from the following sequence of events: the client was hanging out with an acquaintance he knew from work, and another young man he met that day. They were at a shopping center a few blocks from the client's home on their way to grab some food. Police approached the group of three young men. The client cooperated and voluntarily presented his cell phone to police because he has nothing to hide.
The client has never been charged or convicted of any violent crime. He has spent his time in the United States working long hours in construction to send money to his baby daughter back home. In his home country, gangs had killed his sister and his cousin, and ravaged his community. He came to the U.S. to escape gang violence, and now, bafflingly he is alleged to be a gang affiliate for reasons he does not understand. Rather than the government having to corroborate the allegation, the legal process and burdens of proof are reversed. The client must prove a negative: that he is not a gang member.
This phenomenon is not limited to the DMV area. It is an issue in states across the country. The University of California at Irvine investigated the widespread mislabeling of Latino and Black youth in California and the impact on a person's immigration case. The report uncovered disturbing trends. A similar investigation has not been conducted in the DMV area, but were one conducted, CAIR believes it would report similar findings.
You can find the report here: https://www.law.uci.edu/academics/real-life-learning/clinics/ucilaw-irc-MislabeledReport.pdf