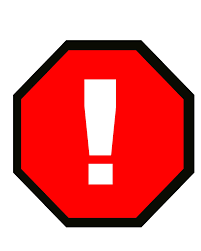 In a troubling decision, the Board of Immigration Appeals (“BIA”) decided Matter of A-C-M- (link) and found that a Salvadoran woman who was enslaved by guerrilla forces provided material support to the organization in the form of cooking, cleaning, and washing their clothes.

What is "material support" and how does it affect asylum seekers ?

Material support to terrorism is defined as the provision of "any property, tangible or intangible, or service, including currency or monetary instruments or financial securities, financial services, lodging, training, expert advice or assistance, safe houses, false documentation or identification, communications equipment, facilities, weapons, lethal substances, explosives, personnel…and transportation, except medicine or religious materials" to terrorist organizations. Asylum seekers are barred from asylum if they are found to have provided material support to a terrorist organization

Ms. ACM is native of El Salvador who entered EWI in 1991. She was granted TPS, departed on advanced parole and returned in 2004 seeking admission. DHS intitated removal proceedings claiming that she was removal as an alien without a valid entry document. She applied for cancellation of removal and was granted by the IJ. DHS appealed because they believed she was not eligible based on her own testimony that she was forced to undergo weapons training and forced labor while she was enslaved by a guerrilla group in El Salvador.  The BIA decided that she was ineligible for cancellation because there is no self-defense or duress exception to material support. The case was remanded and she applied for Asylum, withholding, and protection under CAT. The IJ granted the respondent deferral under CAT because she found that respondent was subject to the material support bar despite the severe past persecution she suffered. (ACM was kidnapped, subjected to forced labor,and forced to watch her husband dig his own grave before he was killed).

1) a person provides "material support" when the act has a logical and forseeable tendency to promote, sustain or maintain the organization

3) The dissent has some good language about the fact that insignificant and minor acts should not be considered "material". Specifically, p. 314 " I do not believe, as the majority apparently does, that Congress intended that any support - no matter how small, dissimilar to the statutorily enumerated examples, or indeed immaterial would bar an asylum applicant from relief. The majority's interpretation of material as referencing anything and everything another person would have needed to do if the respondent had not done it is without effective limits and would lead to absurd results"

4)The INA allows the secretaries of State and Homeland Security (with input from the attorney general) to waive the restriction in individual cases or for specific groups. Asylum or refugee applicants who have provided material support to certain categories of terrorist organizations also qualify for an exemption if they can prove unawareness of either of the following: that their action constituted material support, or that the recipient group was involved in terrorist activities.