One Story Too Many 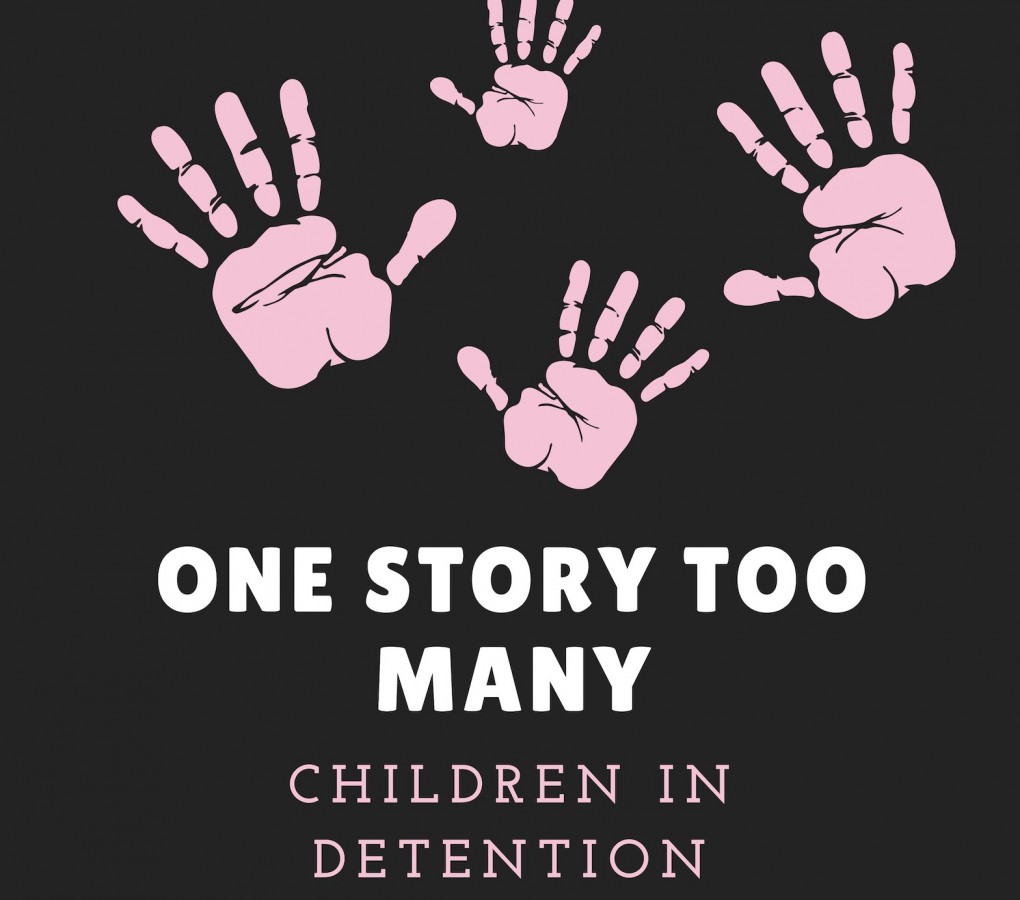 Family separation has not ended.

Every week since I began at CAIR Coalition, I have driven with my colleagues to various child detention facilities across Maryland and Virginia. At the facilities, we start our day by providing newly arrived unaccompanied minors with a presentation about their legal rights. After our “Know Your Rights” presentation, we speak to each minor individually to identify how we can assist them in their legal case.

The following are the stories of two families affected by separation.

During the height of the child separation crisis, I received an email from a case manager at a child detention center in Maryland. The case manager told me that one of the new arrivals, Alex, had an unidentified "developmental concern." 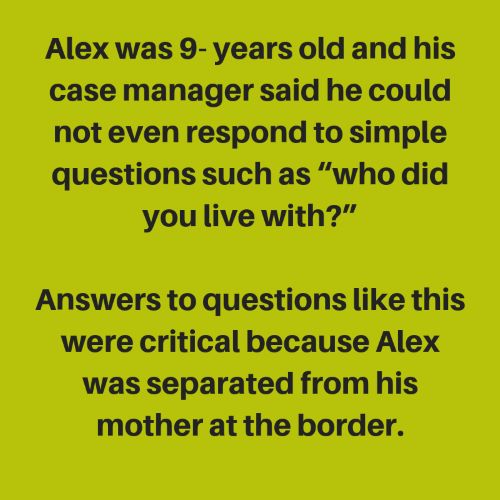 On the day of our site visit, I included Alex in our “Know Your Rights” presentation. Alex was very observant and appeared to understand what was occurring around him. When other kids were writing their names, he watched what they were doing and began to write his own name. When the other kids noticed him struggling to understand my directions, they all began pitching in, repeating the instructions until they were sure he understood what to do. After the presentation, I asked Alex a few questions. While he was not able to vocalize answers, it was evident that he was making a conscious effort to convey information. My colleague and I decided to still try to complete a traditional intake with him in case he felt more comfortable speaking privately. When my colleague returned after speaking with him, she said she could only distinguish one word Alex said: “mama”.

Although Alex has been reunified with his mother, there are many other children who continue to be separated from their family members and primary care givers.

On one site visit to a tender age shelter, I began interviewing a group of three siblings who had just arrived to the facility. After speaking with the eldest, Josh, I found out that they had arrived with an additional sibling, Angel, but they had been separated from her at the border. I asked her age, afraid I already knew exactly why she was taken from them. 18, he said. Angel was not a minor nor was she their biological parent so she was separated from her siblings.

In Guatemala, Angel and her siblings did not live with their parents, so in many ways, she had become a parental figure. Josh told me he and his siblings fled to the US seeking asylum. Gang members were extorting their family and threatened to rape Angel. Out of fear, the siblings lived confined to their home. Josh said they would leave their house only once a week to attend school. They sought help from the police, but as is often the case in the Northern Triangle Countries, the police did nothing to protect them.

Josh and his siblings were deeply affected at having been separated from their older sister after already experiencing significant trauma. The youngest, Jessica, was only two years old. Jessica needed to be in physical proximity to her siblings at all times. If they had to leave her for any reason, she would breakdown. When I explained that I would need to talk to the eldest privately to do the intake, she became hysterical, unwilling to let her brother out of sight. It became apparent that she feared that if she was separated from him physically, that he might disappear permanently. It was disturbing to know that this was a very real fear, caused by immigration practices at our border. I told Josh that it must be very difficult to be responsible for looking after all of his siblings. He said “yes, but it used to be something my older sister did”.

Please support CAIR in our efforts to provide immigrant children with the futures they deserve.