TOO REMOTE FOR DUE PROCESS? 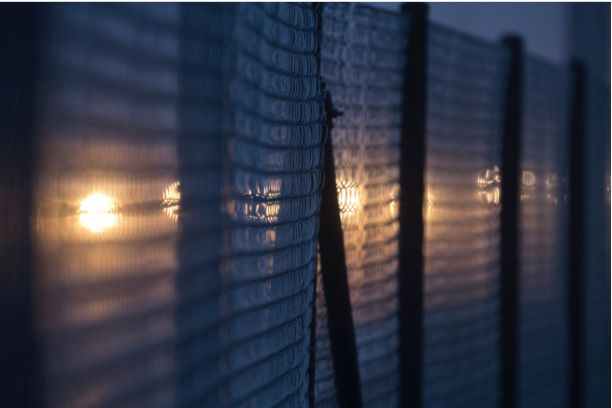 ICE detains people in hard-to-access facilities—advocates say this is an attempted end run around the Constitution.

Tonight, tens of thousands of adults and children will go to sleep in immigration detention facilities. Unlike criminal defendants, people in immigration proceedings have no public defenders or guaranteed representation in court. In the Washington DC area, that means 80% of detained immigrants have to go to court alone, no matter their age, education, or knowledge of our complex legal system.

People going to immigration court, regardless of their immigration status, have a due process right to “access counsel” under federal law and the 5th Amendment to the Constitution—that is, so long as you can pay for a lawyer or find a nonprofit to help you for free. The rules about access to counsel are why we saw very dramatic cases as the ongoing crisis of family border separations unfolded last summer, such as when a federal judge in California ordered a temporary halt to deportations after ICE housed immigration detainees in a federal prison and prevented them from calling or meeting with lawyers (ACLU of Southern California, 2018).

But this is just an obvious, highly visible way in which ICE was accused of interfering with that Constitutional right to access counsel. Immigration advocates have repeatedly claimed that ICE is intentionally undermining that access through covert means as well. One exceptionally tough barrier is the placement of prisons themselves: ICE chooses to hold most immigrants in highly remote locations, far away from the bulk of existing legal resources.

In the spring of 2018, the Southern Poverty Law Center filed suit against ICE and the Department of Homeland Security, contending that immigration detention facilities in Georgia and Louisiana have been intentionally eroding access to counsel even though they are technically “open.” First, the government allegedly interfered with attorney-client communication and relationships by (1) placing detention facilities “several hours by car” from interpreters, lawyers, and other resources and (2) making remote communication such as phone and video calls difficult to impossible. Second, the lawyers who make the long trips are sometimes forced to wait hours to see their clients due to inadequate staffing and attorney visitation rooms. Even beyond this, lawyers claim they have faced harassment, arbitrary and ever-changing rules, and government eavesdropping on confidential, privileged conversations (The Associated Press, 2014; Southern Povery Law Center, 2014).

None of these problems are unique to the current administration or a product of new policies from local “Sanctuary” laws. Similar lawsuits were filed when President Obama’s Department of Homeland Security pioneered “family detention,” the practice detaining parents and children together with no end date. (Officials today are attempting to greatly expand family detention as a means of evading the Flores settlement, which requires that immigrant children be kept in the least restrictive setting possible) (CAIR Coalition, 2017).

Back in 2014, a number of advocacy organizations alleged in MSPC v. Johnson that an Artesia, New Mexico facility was created with the purpose of keeping women and children from accessing the asylum process. The first violation claimed was the placement of the facility itself: “a middle-of-nowhere prison in the desert, 200 miles from the nearest big city” (The New York Times, 2014). For weeks after the facility opened, there was no way for lawyers to get inside and no phone access for detained mothers to contact their lawyers (ACLU).

In a more recent case, a number of New York City-based immigration legal service providers filed suit to address the way a different issue with remote detention facilities that may affect due process: VTC, or the use of videoconference technology to hold immigration hearings remotely, where detained people are on a computer screen like Skype rather than actually sitting in front of an immigration judge. The Bronx Defenders and other organizations claim that forcing all detained people around New York City to appear via VTC means they cannot access necessary interpretation services or understand what is going on in their cases, that judges cannot tell if someone is being truthful through in-person cues like demeanor and body language, and that technological issues routinely result in months of delay and unnecessary imprisonment. It is much more common for immigrants to be forced to have court hearings via videoconference when they are detained far away from immigration courts, which are uniformly located in cities (PL v. ICE (.pdf)).

The chronic problem of locking detained immigrants very far away from their families and from legal help exists in our backyard. CAIR Coalition works in a dozen detention facilities in Maryland and Virginia, but this requires round-trip drives of seven, eight, even nine hours in a day and thousands of dollars of travel expenses for our legal team. I have never been outright denied access to a detention center—but I have encountered some of these more “subtle” barriers to due process, like inadequate privacy for attorney meetings. On one jail visit I met with a detainee in the medical wing, and we sat on the floor to talk through a small slot in a metal door. The guard refused to step out of hearing range despite my requests. This hindered my ability to do important legal work, just like other barriers to communication such as the pervasive absence of confidential legal mail (or any mail at all) for my clients.

Due process doesn’t just keep the front doors of immigration detention from being physically chained shut. It also requires that ICE not attempt to kill access to counsel by a thousand paper cuts, through more “subtle” methods. Stay tuned for updates on these ongoing cases as our fellow immigration advocates continue pushing to ensure fair access to legal counsel.