The Criminalization of Immigrants 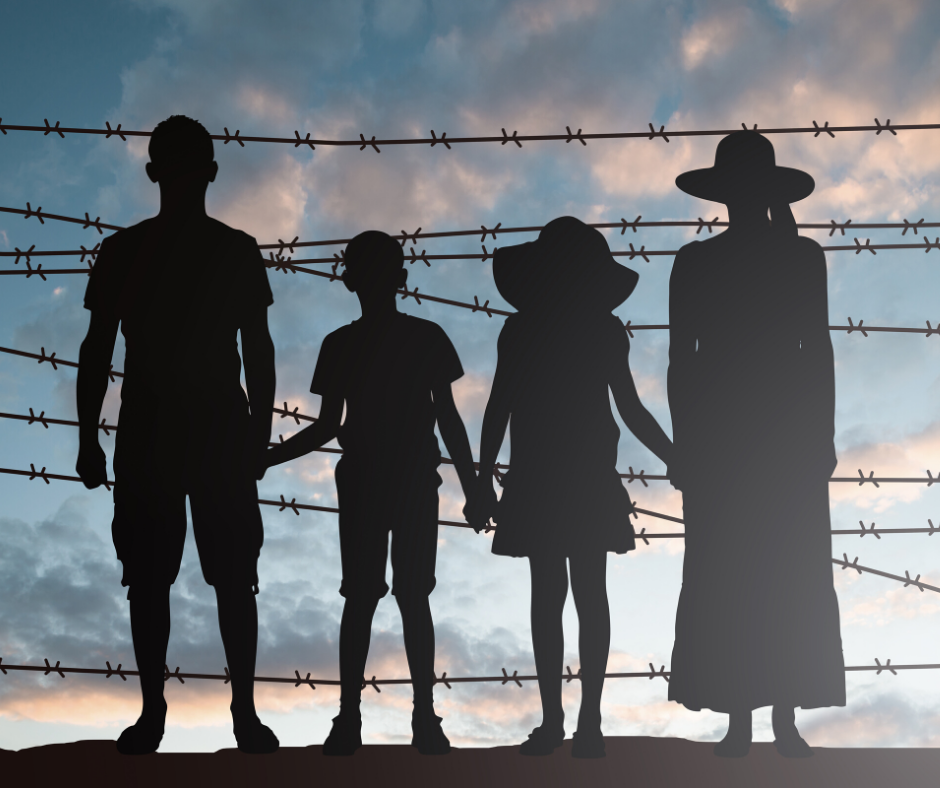 When I tell people I work with immigrants in detention, one of the first questions I’m asked is “How did they end up there?” Thus begins my laundry list of the infinite number of possible entry points people have into the immigration industrial complex: they were picked up at the border and transferred to a detention center in Maryland; ICE raided their apartment complex in Virginia; they flew into Dulles International Airport and were detained at customs. I’m generally met with varied looks of concern, sadness, and pity…until I get to the last entry point on the list: they had in encounter with the criminal justice system. More often than not, the sympathy in the eyes of the person before me disappears.

“Oh, so some of them are criminals?” they inquire, more as a statement than a question.

“No,” I reply, “some of them are people who have been accused and/or convicted of crimes. Yes, these crimes can include violence and theft. These crimes can also include minor traffic violations, a lack of proper identification, and being black or brown in America.”

As the person before me processes this information, I’m always taken back to my first experience in an immigrant detention center. I was less than a month into my new job at CAIR Coalition and anxious to begin the direct services component of my work. Less than a week after completing our in-house jail visit training, I found myself standing behind a metal desk in a makeshift classroom in a jail, pacing back and forth as I waited for the people detained inside to enter.

Promptly, I heard the sounds of men’s voices and shoes shuffling across linoleum floors. The door handle jiggled and I saw a prison guard fumbling with a massive ring of keys until the door unlocked. The guard peaked his head in: “CAIR Coalition, are you ready for them?”

The door swung upon and about fifty adult men filtered into the room in a straight line. They were almost exclusively brown and black men. They wore matching navy jumpsuits. Some had tattoos that covered their arms and chest.

As they approached us, I looked back at the CAIRCo staff in the room: one lead attorney, two legal assistants, two volunteers: all women, mostly young, mostly white.

For a moment, I felt fear. Almost instantly, I felt shame.

The words of one of our staff members at a meeting the week before echoed in my mind: “never forget that the jumpsuits are more than just clothing,” she said, “they are a tool of dehumanization. The jumpsuits are designed to make us forget that every person we meet in detention is a human being.”

I looked around me and her words reverberated in every direction.

Here we were, sitting in a bare classroom inside of a prison, across the table from fifty men in navy jumpsuits. We were in the middle of nowhere, surrounded by barbed wire fences hundreds of feet high. We had been buzzed into at least 10 different automatically locking doors to get here. Two massive guards stood outside. Every part of the prison around me had been carefully engineered to dehumanize the human beings inside. I was determined not to fall victim.

As I met with one person after another, the sheer injustice of their circumstances was overwhelming. To share all the stories I heard in that one day alone in a blog post would be impossible. So instead, I want to use this space as an opportunity to dispel preconceived notions about how immigrants become “criminals.”

One of the first people I met with in the detention center was a Salvadoran man named Raul*. He was in his early 30s and had been living in the U.S. for almost 5 years. He had recently started a family with his wife. They had two young daughters now: 2 years and 6 months old. He was anxious to get back to them.

I sat next to him and scribbled furiously as we ran through the intake form: Where were you born? When was your first entry into the U.S.? Where was your last place of residence? Ten minutes later, we had finally made it to the part of the form where we ask our clients when and how they were picked up by ICE. Raul looked down at the floor.

“La policía me detuvo. The police stopped me,” he said.

“Y por qué la policía le detuvo? Why did the police stop you?” I asked. I braced myself for anything, knowing that his case would become increasingly complicated depending on the number and severity of criminal charges he might have.

“Exceso de velocidad” he replied. Speeding. I nearly choked. He was in detention for speeding?! Raul immediately insisted that he hadn’t even been driving that fast, he promised! I asked him again if he’d ever had any other encounters with the police for any other reason, desperate to discover that he’d been detained for a vaguely more legitimate “crime” than speeding.

“Nunca.” he insisted. Never. We completed the form and parted ways.

The following Monday, I uploaded Raul’s information into our digital filing system. As per our usual protocol, I input his name into the local online criminal records database to make sure there was no criminal history we were missing. His name popped up right away and I nervously clicked on the square icon.

First charge: “SPEEDING.” In a small box underneath in tiny font, there was a quick one-line description: “Driving 36 mph in a 30 mph zone.” I blinked twice and began scrummaging around for the reading glasses in my bag that I don’t really need. I must be reading this wrong. Maybe it was 63 mph in a 30 mph zone? The longer I stared at my computer screen, the more sure I became. It was 36 mph; there was no mistaking it. I immediately wracked my mind, trying to think of one time when I had not driven 36 mph in a 30 mph zone.

Then, I scrolled down to the second charge, which he had not mentioned. “DRIVING W/O LICENSE” it read in black, bolded, all capital letters. Now it made sense.

Unfortunately, Raul’s story is much more of a norm than an aberration.

The same day I met Raul I met another man who had been detained after police arrested him for a “drunk in public”. It was the only mark on his record.

The following weekend, as I walked along the bars that line Adams Morgan and a sea of young white professionals stumbled by me, I couldn’t help but look at them accusingly. They were VERY drunk in public, I thought to myself, but they would never end up in prison for it.

Fast forward to just a few weeks ago, when one of my clients was detained after he was arrested for a DUI. Rather than conceding to the charge, he insisted to me over and over that he had only had a few beers that night and he had NOT been drunk. I read his police report out loud to him on the phone in an attempt to glean the truth.

(*this conversation was in Spanish but has been translated to English).

“The officer wrote that he smelled alcohol on your breath,” I said.

“Yes,” my client admitted, “I had drunk two beers with my friends…but I was not drunk. I am sure of it.”

“The report says you failed the straight line test,” I said.

“Of course I failed it,” he said, “my whole body was shaking. I was so scared. My whole life flashed before my eyes. My kids.”

“You also failed the one-leg stand test,” I said.

“Of course!” he exclaimed, “the police officer was shouting in my ear. He was saying hateful things to me. His face was so angry and mean. I couldn’t think straight.”

“Plus,” he added, “I can’t stand on one leg most of the time anyway. I’m fat and old.” He chuckled to himself and I couldn’t help but smile.

“The report also says you refused to be breathalyzed and resisted the police officer,” I said.

Now my client was confused.

“I have no idea what you’re talking about,” he said. I explained the process of having your blood alcohol content tested with a breathalyzer. “That never happened,” my client insisted, but then paused. “But really, to tell you the truth, I don’t know if the officer asked me or not. He was just shouting at me in English. My English is not good. Most of the time, I had no idea what he was saying to me.”

And there was the story. The smell of alcohol. A brown man. A language barrier. A lot of fear. A quick judgement. Life-altering consequences.

In the short time I’ve been at CAIR Coalition, I’ve already accumulated enough of stories like these to fill textbooks.

As important as these stories are the conclusions we draw from them.

Here are a few that I have drawn for myself:

*names have been changed to protect client confidentiality