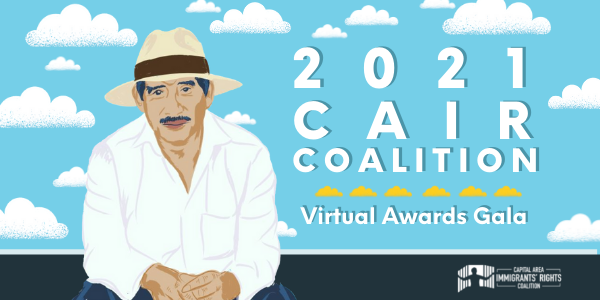 Capital Area Immigrants' Rights (CAIR) Coalition works with our partners to protect the rights, the lives, and the families of immigrants in the Capital region and beyond. Our annual signature event brings together several hundred supporters from across DC, Maryland, and Virginia committed to seeking justice for immigrant adults and children threatened with detention and deportation. The evening provides us with an opportunity to honor our champions, including our pro bono advocates, leaders on Capitol Hill, and committed law firms that provide millions of dollars in pro bono legal services on an annual basis.

We will have more to announce soon, but please consider supporting CAIR Coalition today through this important event by becoming a sponsor or a member of our growing host committee. You can sign up today by visiting here or by contacting Bryn Cavin at development@caircoalition.org.

Click the link below to register for the event! 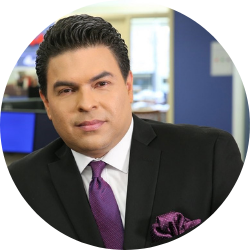 Darío López-Capera is a reporter for Noticiero Telemundo 44, which airs on WZDC, the local station that serves the Spanish-speaking community in the Washington, DC area.

As part of Noticiero Telemundo 44, López-Capera reports the latest and most important news for viewers in the Washington, DC area. López-Capera joined Telemundo in 2018.

Before joining Telemundo 44, López-Capera worked as a sports presenter on Telemundo 47 in New York, and as a presenter and reporter on Noticias RCN and Noti 5, a local newscast in Cali, Colombia. In 2011, López-Capera covered the Cycling and Hockey World Cups in Cali and the FIFA U-20 World Cup in Colombia. He also worked as an economics writer at Dinero Magazine, and was chief of communications for CEMEX Colombia and Alpina. In addition, he worked with the United Nations in Bogotá.

López-Capera earned his bachelor's degree in journalism from the Pontificia Universidad Javeriana in Bogotá, Colombia and is a member of the National Association of Hispanic Journalists (NAHJ). 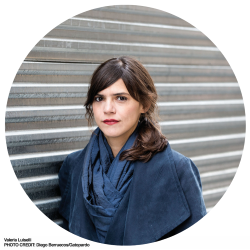 Valeria Luiselli was born in Mexico City and grew up in South Korea, South Africa and India. An acclaimed writer of both fiction and nonfiction, she is the author of  Sidewalks, Faces in the Crowd, The Story of My Teeth; Tell Me How It Ends: An Essay in Forty Questions and Lost Children Archive. She is the recipient of a 2019 MacArthur Fellowship and the winner of DUBLIN Literary Award, two Los Angeles Times Book Prizes, The Carnegie Medal, an American Book Award,  and has been nominated for the National Book Critics Circle Award, the Kirkus Prize, and the Booker Prize. She has been a National Book Foundation "5 Under 35" honoree and the recipient of a Bearing Witness Fellowship from the Art for Justice Fund. Her work has appeared in The New York Times, Granta, and McSweeney's, among other publications, and has been translated into more than twenty languages. She is a Writer in Residence at Bard College and lives in New York City. 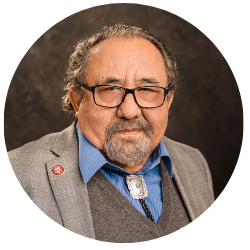 Raúl Grijalva began his career in public service as a community organizer in Tucson. Four decades later, he continues to be an advocate for those in need and a voice for the constituents of his home community. From 1974 to 1986, Raúl served on the Tucson Unified School District Governing Board, including six years as Chairman. In 1988, he was elected to the Pima County Board of Supervisors, where he served for the next 15 years, chairing the Board for two of those years. Raúl resigned his seat on the Board of Supervisors in 2002 to seek office in Arizona’s newly created Seventh Congressional District. Despite a nine-candidate primary and the challenge of being outspent three-to-one by his closest competitor, Raúl was elected with a 20-point victory, thanks to a diverse coalition of supporters that led the largest volunteer-driven election effort in Arizona.

Throughout his career, Raúl has always fought for underrepresented voices. The passions that drove him as a School Board member to fight for and succeed at implementing bilingual education in Arizona are the same passions that motivated him to help pass the first bond package containing a $10 million commitment to reinvest in older, poorer neighborhoods while he was a County Supervisor. Likewise, they are what drive him today as he fights to reform our broken immigration system, ensure livable wages for American workers, and create vital land protections to safeguard our nation’s natural treasures for the next generation.

CAIR Coalition will honor Sidley Austin LLP for the firm’s leadership in taking on pro bono cases and being a great partner for over 10 years. During the pandemic, teams at Sidley Austin took two full merits cases while continuing to work on a number of ongoing cases from previous years. The cases that Sidley Austin has taken range from bond cases so people may live in freedom, to fear-based cases for permanent protection.

CAIR Coalition has chosen to honor Freddie Mac for the firm's outstanding dedication to detained children. Freddie Mac has cultivated a team of attorneys now well versed in the intricacies of special immigrant status including navigating filings and appearances in Virginia state courts, before USCIS, and in removal proceedings in immigration court. The dedicated advocates at Freddie Mac have worked closely with the children and their caregivers taking a client-centered, individualized, and deliberate approach to each case even in the face of shutdowns during the pandemic

​CAIR Coalition will honor Crowell & Moring LLP with the 2021 Impacting Justice Award. The firm has gone above and beyond to develop impact litigation in defense of the rights of asylum seekers fleeing persecution based on their family ties. Thanks to the outstanding appellate litigation, template briefing, and resource development efforts to challenge former Attorney General Barr’s decision attempting to curtail family-based asylum, asylum seekers’ rights have been better protected.

CAIR Coalition will honor Avodah with the 2021 Community Advocate Award for their essential and committed partnership for nearly two decades. Over the years, Avodah has placed dedicated, talented fellows at CAIR Coalition, who work with our programs to provide legal support to people in detention. Fellows empower people to represent themselves, while bolstering the ability of CAIR Coalition attorneys to provide legal representation to others. Their work is invaluable, not only because of the legal advocacy they do, but because of the humanity they show to our immigrant neighbors in detention every day.