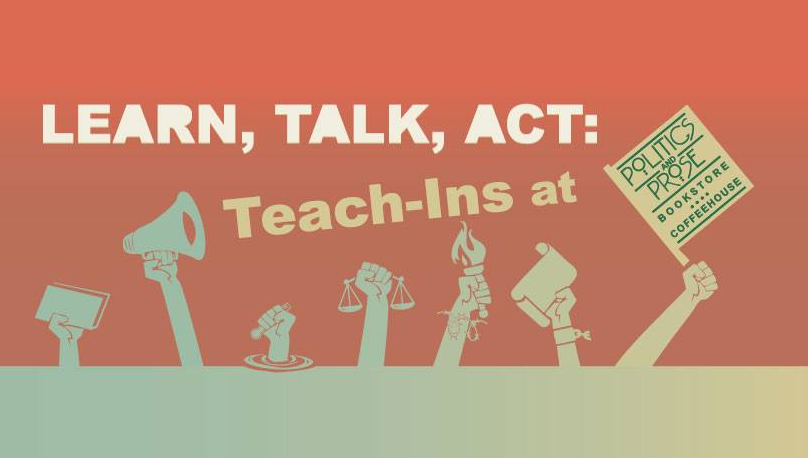 We're pleased to announce that the next teach-in at Politics & Prose Bookstore will address the urgent issue of immigration. How do we honor our history as a nation of immigrants while also ensuring security in a dangerous and uncertain world? What are the legal, political, economic and social costs to the Trump Administration's plans to build a wall along the Mexican border and restrict arrivals from majority-Muslim countries? How do we protect the rights of immigrants already in our country and strengthen our pluralistic values and traditions? Speakers will include Nithya Nathan-Pineau and Faiza Patel.

Nithya Nathan-Pineau manages the Detained Immigrant Children’s Program at the Capital Area Immigrants' Rights Coalition - CAIR Coalition, which provides legal services to detained children in the custody of the Office of Refugee Resettlement. Previously, she was a staff attorney at the South Texas Pro Bono Asylum Project, and also worked at the Tahirih Justice Center in Virginia. Faiza Patel is the Co-Director of the Brennan Center for Justice at NYU Law's Liberty and National Security Program. A frequent media commentator on national security and counterterrorism issues, she has testified before Congress opposing dragnet surveillance of Muslims. Ms. Patel was senior policy officer at the Organization for the Prohibition of Chemical Weapons in The Hague.