Taking a Step Back: Behind Headlines, Children Need Protection 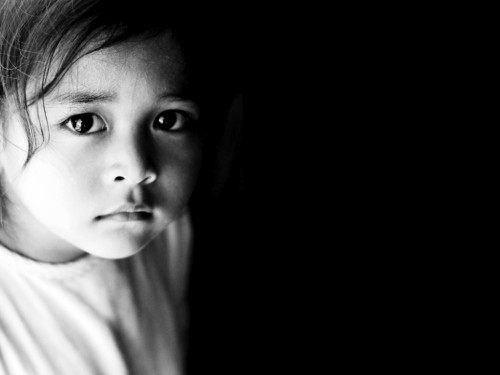 Taking a Step Back: Behind the Headlines are Children in Need of Protection
By:  Heidi Altman, Legal Director

For weeks, newspapers across the country have screamed headlines about a “border surge,” a “humanitarian crisis on the border,” or an “influx of illegal immigrants.” At CAIR Coalition we use different words to describe the young people making their way across the dangerous border crossing – children (for starters), refugees, victims, survivors, and members of a vulnerable population in need of protection. We have watched as politicians engage in frenzied debate, often using young people at risk to score political points.

Yesterday the story came home for us when Virginia news outlets erupted in controversy over the supposed “discovery” that unaccompanied immigrant children are housed at a private non-profit facility known as Youth for Tomorrow in Prince William County. In fact, Youth for Tomorrow entered into a contract with the federal government in 2012 to provide shelter to a small number of unaccompanied immigrant children – at no expense to the local government – and CAIR Coalition has been providing legal services to these children since. But this is news to Corey A. Stewart, the Chairman of the Prince William Board of County Supervisors (whose name may sound familiar as the outspoken force behind the infamous anti-immigrant ordinance passed in his county in 2007), and he is raising a ruckus. In one recent news article, Mr. Stewart shared that he’s “not worried that [Prince William] residents are going to be up there with pitchforks. But they should be angry.”[1]

Mr. Stewart’s words saddened all of us at CAIR Coalition who have gotten to know the compassionate staff at Youth for Tomorrow and the vulnerable children who pass through its doors. We see this news cycle as a microcosm of a crisis blooming not just along the southern border but throughout the United States.  This crisis is about the very character of our nation.

So let’s take a step back. Let’s remember who we’re talking about here: children fleeing the type of violence and poverty that only a miniscule fraction of Americans have ever experienced, presenting themselves at our border and asking for protection. According to the United Nations High Commissioner for Refugees, the vast majority – 58% – of these children are fleeing violence so extreme as to raise international protection concerns.[2] In other words – if we deport these kids, we are violating our obligations under international law. Why, then, has the conversation even among our nation’s leaders focused on deterrence? Why aren’t we talking about refugee law, about protection, about compassion?

CAIR Coalition staff meets regularly with the girls and boys who are today’s front page news, helping them to understand the complex detention and deportation system they face immediately upon their arrival. Our staff has heard hundreds of stories from these youth over the years that this crisis has been unfolding, and we see patterns. We know these boys and girls are fleeing brutal violence. Some have escaped ongoing sexual and physical domestic abuse, for which the police provide no recourse. Others were forced into child labor in dangerous conditions because of extreme poverty. Underlying is the threat of gang violence, so pervasive throughout Honduras, Guatemala, and El Salvador that there is no escape – not at school, not at home, not on the streets. And in the gang wars of Central America, children are the easiest targets for predators whose governments cannot or will not control them. Boys in early adolescence must choose between gang recruitment or brutal harm or death, and girls face kidnapping and sexual slavery at the hands of older men who consider them property.

Now our anecdotes are supported by robust evidence of the correlation between violence and flight. The Center for American Progress recently studied the rates of violence in Latin American countries and compared them to the rates of unaccompanied children crossing from those countries into the United States.[3] Unsurprisingly, the Center found that the more dangerous security conditions are in a given Latin American country, the greater the number of children fleeing. Perhaps the most interesting finding is that Nicaragua – which is the second poorest country in Latin America but has lower rates of violence than Honduras, Guatemala, or El Salvador – has not seen an increase in unaccompanied children leaving its borders for the United States.

Many of the young people we serve are equally traumatized by what they survived during their border crossing as they are by what they fled in their country of origin. It is not uncommon for children to have witnessed other children murdered or kidnapped or to have been raped or assaulted themselves. The dangers of this journey are far from secret, and it’s only common sense that children taking the risk inherent in a journey to the United States are doing so to escape the most grave of circumstances.

In the face of what is nothing other than a refugee crisis, we call on our lawmakers to embrace their responsibilities to American law and traditions of providing safe haven. This means respecting and dutifully enforcing the Trafficking Victims Protection Reauthorization Act, a law passed with bipartisan support that ensures that unaccompanied children are provided with safe housing and care while their removal proceedings are adjudicated. It means taking a hard look at the fact that children of all ages – even toddlers – appear every day in immigration court facing deportation to countries where they are at real risk of harm without the right to appointed counsel. And it means honoring rather than castigating organizations like Youth for Tomorrow who are extending a welcoming hand to those most in need.

CAIR Coalition is expanding its staff and services to address this crisis. Please consider donating: https://www.caircoalition.org/donate/.

[3] Tom K. Wong, Center for American Progress, Statistical Analysis Shows that Violence, Not Deferred Action, Is Behind the Surge of Unaccompanied Children Crossing the Border, July 8, 2014, available at http://bit.ly/1rptEvE.