At Home and Abroad, U.S. Policies Continue to Threaten the Lives of Immigrant Youth 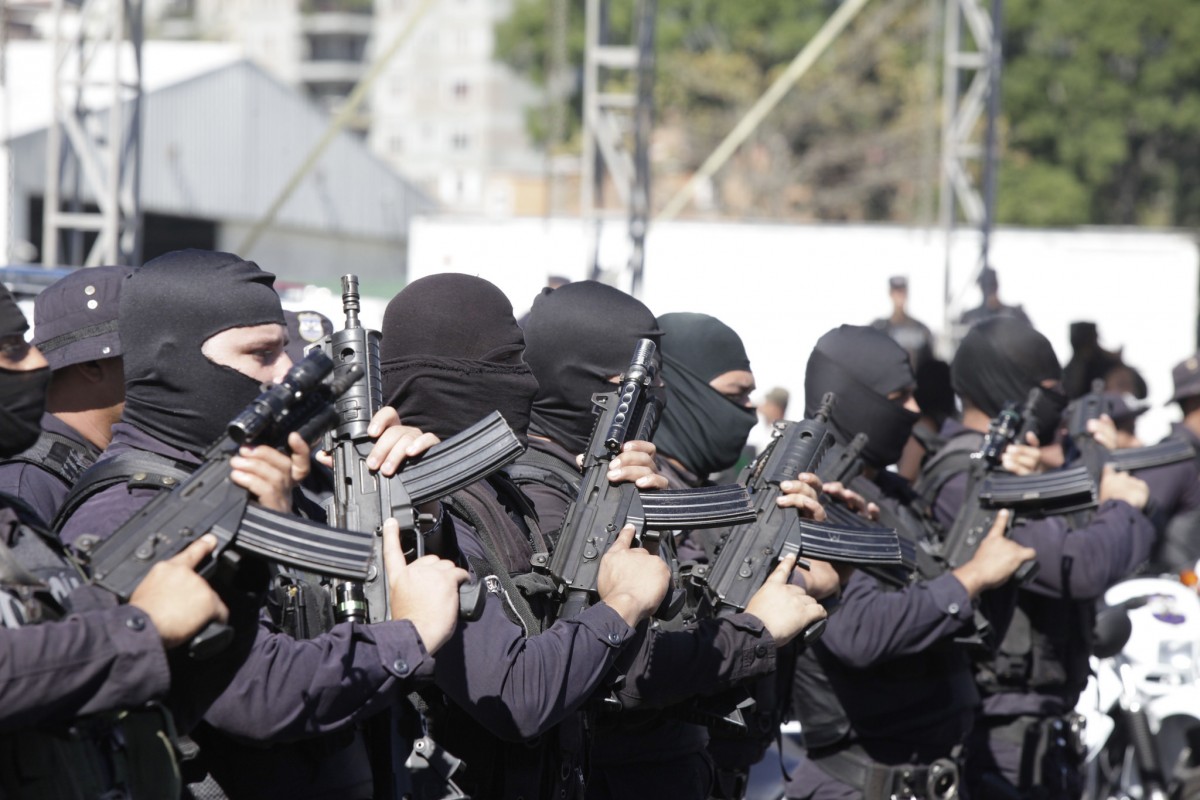 A Staff Opinion Piece by Adina Appelbaum and Atticus Ballesteros

During the first 18 months of the Trump Administration, the President has spoken of immigrants as “animals,” illegally criminalized asylum seekers and enforced a cruel system of family separation.

People from all corners of the country have denounced the Administration’s rhetoric and policies as horrid and Un-American. And they’re right. But even as the public pushes back against family separation at the border, the U.S. is unfolding equally insidious policies separating parents and children everywhere that few are aware of, and fewer still are challenging.

Recently, a CNN investigative report unveiled that the U.S. is using millions of taxpayer dollars to “quietly fund and equip elite paramilitary police officers in El Salvador” who are accused of indiscriminately “executing” scores of youth alleged to be gang members in the small Central American country.

From 2014 to 2016, as the U.S. channeled tens of millions of dollars in equipment, training, and mentoring to elite Salvadoran police units, the number of police killings in El Salvador skyrocketed by 1000 percent, from 49 to 560 killed per year, many of whom are children.

During this time period, and continuing into the present, Salvadoran police have engaged in what the United Nations is calling a “pattern…[of] extrajudicial execution.” As recently as last summer, a Salvadoran news group found that police officers in one U.S.-trained unit were coordinating civilian executions over text messages, while sharing videos of torture and discussing how to plant weapons at crime scenes.

U.S. funders, meanwhile, failed to stop funding or take action against the rise in killings, which U.S. agencies have acknowledged as a serious problem since at least 2014.

But this is only half the issue. While the U.S. government continues to use taxpayer dollars to recklessly fund police in El Salvador, many of our own law enforcement agencies add fuel to the fire by systematically mislabeling Latino youth in the U.S. as gang members, thereby triggering mass deportations to a country where many could face death at the hands of U.S.-backed police.

Every year, scores of Latinos in the U.S. are unknowingly entered into “gang databases” managed by regional, secret police taskforces. Investigations into these databases, including a national survey of immigration attorneys, found that one police officer’s mere suspicion alone can be enough to enter a person’s name into a database. For someone living in a Latino neighborhood with a high crime rate, or wearing clothes a certain way, these things alone can trigger a baseless gang label with potentially life-threatening consequences.

Even when unsubstantiated, a gang label can obliterate an immigrant’s chance of avoiding detention and fighting deportation. Immigration authorities recognize the power of the label, and some embrace it. In 2017, the special agent in charge of an immigration raid known as “Operation Matador” stated, the very “purpose of classifying [an immigrant] as a gang member” is “because we don’t want him to get bail, because the whole point” is to get people “off the street.”

Those who are eventually deported with a gang allegation against them will face a serious risk of abuse in El Salvador—from police, paramilitary groups, and the actual gangs themselves. The U.S. government shares individuals’ gang information with Salvadoran authorities, who input the information in a national database. At that point, corrupt police and gangs have easy access to a person’s photograph, the gang to which they allegedly belong, and their new address in El Salvador.

In a country smaller in size and population than New Jersey, where upwards of 15 people are murdered per day, deportees with gang labels are a low hanging fruit, ripe for murder—often with zero evidence for such death penalty-triggering allegations.

There is no question of gangs’ brutality and the necessity of a coordinated response. But reckless U.S. policies are forming a bigger part of the problem than the solution. Local law enforcement agencies are mass-labeling Latino youth as gang members without due process, only to see them deported into the hands of irresponsibly funded Salvadoran police and brutal gangs.

Out of our own backyards, and with our own taxpayer money, the U.S. is squeezing Central Americans into an increasingly circular existence of unparalleled fear and violence. We need to educate ourselves and pressure our representatives—both local and national—for answers and change. How are our local and federal taxes spent? Are our police mislabeling our neighbors as gang members without due process?

Only by getting answers to these questions can we demand reform and push back against this vicious cycle of death.

*The content of this article express the opinions of the authors, experts in their field, and not a formal position statement of CAIR Coalition