The Right to Counsel for Children—Take three 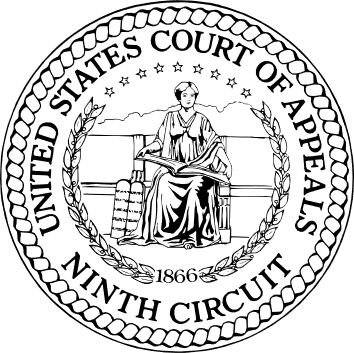 Last week, the Ninth Circuit heard oral arguments about whether immigrant children in deportation proceedings should have the right to counsel. This is the third time that they are hearing this particular question, and the first time that the entire panel of Ninth Circuit judges heard it. Unrepresented immigrant children have been fighting for this basic due process right for years. They were met with unrelenting opposition from different administrations.

Each time, the government has defended an argument that defies common sense: there is nothing wrong with a system that pits unrepresented children against federal prosecutors. Children, who by nature defer to adults, are supposed to navigate extremely complex immigration laws, sometimes seeking “collateral” relief before separate agencies, to halt their deportation.

Deportation defense is complicated—even for judges

The named plaintiff in this case, CJLG, was ordered deported by the immigration judge despite being eligible for Special Immigrant Juvenile Status (SIJS), a form of collateral relief that provides many children a pathway to permanent status in the U.S. After his deportation, and a few days before oral argument, he was able to obtain a state court order that he can now use to obtain Special Immigrant Juvenile Status before the U.S. Citizenship and Immigration Services.

During oral argument, the Ninth Circuit appeared puzzled as to the precise posture in CJLG’s case. What is SIJS exactly? What happens next for CJLG? Could he have gotten a continuance before an immigration judge, even while unrepresented? Will SIJS shield CJLG from deportation?

These head-scratching questions took the bulk of the hearing, demonstrating the complexity of children’s deportation defense. As the judges learned, what comes next for CJLG is an arduous fight to reopen his case before the immigration judge and complex arguments to continue his immigration court case in order to obtain the relief he merits under the law. CJLG would not have an outstanding deportation order if he had an attorney in the first place. He would have initiated the pathway towards legal status far sooner, making for more efficient and fair court proceedings.

The government tried to argue that immigration judges can do the work of lawyers by screening unrepresented children for relief and guiding them as to the next steps to follow. This suggestion also defies logic. As prior immigration judges argued in an amicus brief, immigration courts manage thousands of cases. They now have to meet quotas to move as quickly as possible. Under these conditions, judges cannot safeguard the rights of children to fair proceedings. No wonder the immigration judge in CJLG’s case never inquired about SIJS eligibility. Simply put, judges have to be judges; they cannot also play the role of attorneys.

As for parents acting in lieu of attorneys, the prospects are no better. First, it applies only to children who have a parent or guardian by their side, which is not the case of many unaccompanied children who seek relief before the courts. Second, the interests of the child and parent must in fact align, which is not a given. Many of the children CAIR Coalition represents have suffered harm they have never spoken to their parent about, and need the neutral ear of an advocate to share their story. In CJLG’s case, his mother was available by his side and familiar with his story. However, she did not want to saddle her child with the consequences of her inadequate representation. After all, she is not a lawyer either, and does not owe her child the panoply of duties that attorneys owe their clients. Though parents bear great responsibility in their children’s lives, representing them in court is not part of it.

As immigration lawyers know all too well, adequate representation can make the difference of life or death for our clients, including children. Hopefully, the Ninth Circuit will recognize that right to counsel is not a luxury, but a basic requirement of due process for children facing deportation.