Asylum Law Needs to Keep Up With the Times 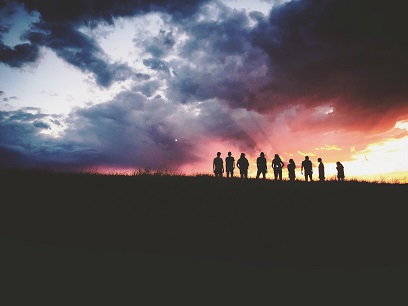 Many Americans mistakenly believe that migrants who are genuinely scared for their lives will have no problem in gaining asylum. Unfortunately, this is not the case: asylum law is far too antiquated to accommodate the needs of many of today’s asylum seekers. A number of people, who risk everything to come, spend months in detention only to end up seeing their worst nightmare come to fruition: deportation.

With migration an essential mechanism of survival for the majority of today’s immigrants, it’s essential that asylum law offer wider protections to meet the needs of those coming to the US.  Over the last few years, the narrative around migration has shifted towards people coming to the US to find safety and to preserve their bodily security, which is often impossible in their countries of origin.

In order to qualify for asylum, a person must fear persecution on account of at least one of five reasons: race, religion, nationality, political opinion, and membership in a particular social group. “Particular social group” includes claims such as family ties, sexuality, and mental health issues. However, those fleeing from gang recruitment, extortion, or general gang or government violence are not protected. Claims such as these are viewed as too broad: in other words, policymakers feel that if they granted asylum to people fleeing for the latter reasons, too many people would qualify for asylum.

But this means we are using an old system to deal with current and serious problems. If our goal is truly to protect people from persecution, than we are neglecting it. Simply because an immense number of people are experiencing something does not mean it’s okay to turn them away because we are feeling overwhelmed.

We need to communicate to the world that everyone’s fear is valid and that we are ready and willing to protect asylum seekers. In order to do this, it’s imperative to update the law so it appropriately correlates with the true and most pervasive problems on the ground in these countries from which we are seeing such an influx of migrants.